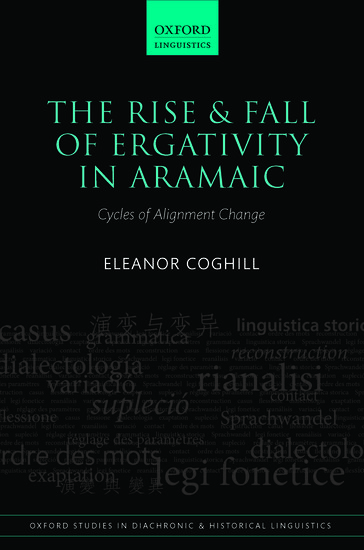 North-Eastern Neo-Aramaic (NENA) is a highly diverse family of Semitic languages spoken by Christian and Jewish communities from northern Iraq and neighbouring countries. Work on NENA is particularly urgent as the dialects are highly endangered. Jewish speakers almost all left northern Iraq in the 1950s and have for the most part not transmitted their dialects to the younger generations. Many of the Christians have been displaced from their original villages in Turkey and Iraq over the course of the twentieth century, and since the 2003 war have been leaving Iraq in great numbers, especially since 2014.

Aramaic dialects present an almost unparalleled opportunity to trace changes in a language over nearly 3000 years, with a huge number of texts available from various stages, as well as many descriptions of contemporary dialects. North-Eastern Neo-Aramaic dialects offer an interesting case study for the fields of language contact and areal typology, in that they have been profoundly influenced by several genetically and typologically diverse donor languages (Kurdish, Arabic, Persian, Turkish etc.) which are also in contact with each other. Variation within NENA is of particular interest because it involves not only geographical but also communal dialect distinctions. That is, the Christians and Jews had distinct dialects, even when living in the same locations.

The project I carried out as part of the URPP Language and Space has two prongs. I addressed the role of NENA in its linguistic area: this involved looking at variation within NENA, specifically the distribution of morphosyntactic features across dialects. I also investigated the morphosyntactic parallels with regional languages, which have arisen through long-term bilingualism. These investigations involved the documentation of some highly endangered dialects.

The second prong of the project involved the creation of a digital corpus of oral and written texts which has been morphosyntactically tagged. This enabled me to compare dialects across both space and time, in particular to track morphosyntactic variation and change; as well as to look at variation in the effects of language contact.

Collaboration with colleagues in the URPP Language and Space enabled me to address the following questions, among others: