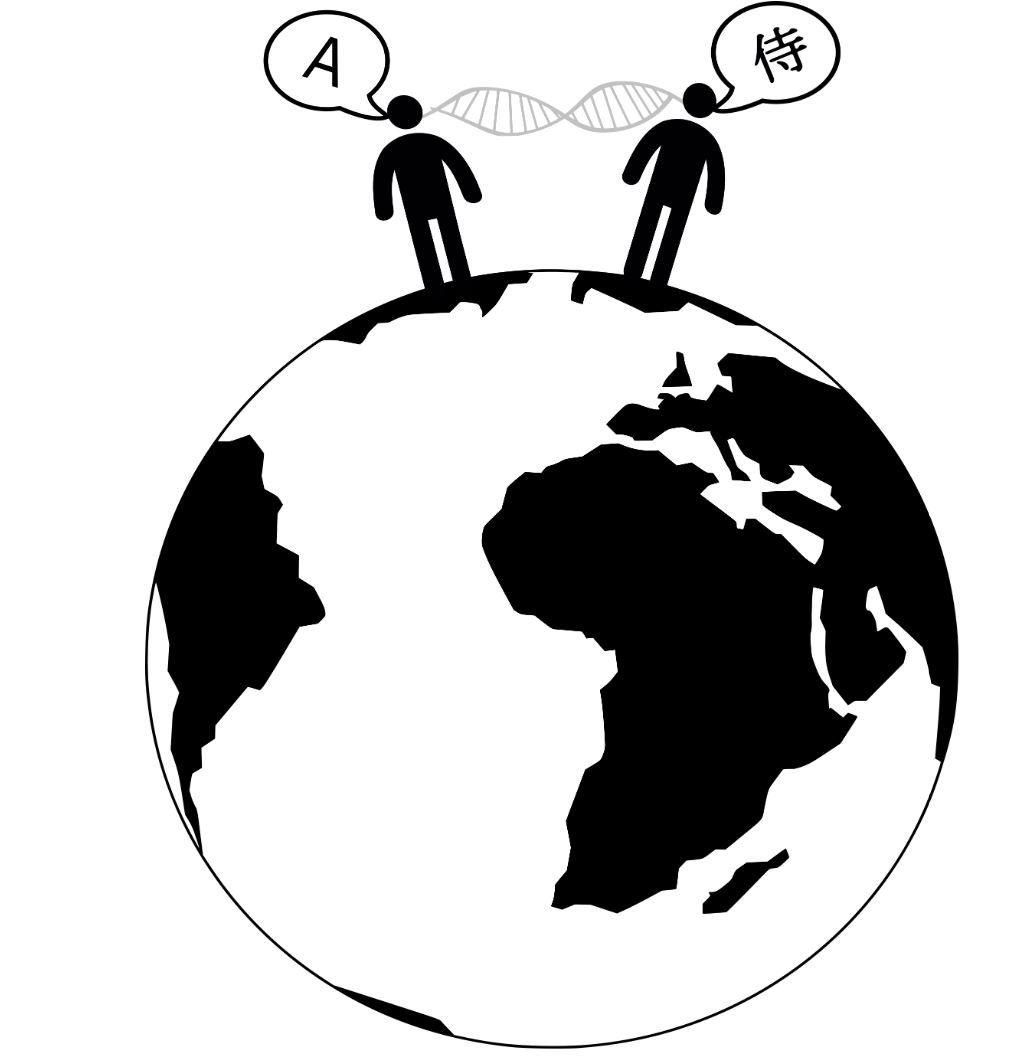 Languages and linguistic properties spread in geographic space either by phylogeographic expansion (and fission) or contact. Phylogeographic expansion is the process by which a language evolves into several daughter languages, thereby losing and/or changing some properties of their ancestor. Contact is the process in which speakers of different languages interact, with the possible result of linguistic properties spreading from one language to another. The interplay of expansion and contact results in the current distribution of languages and linguistic properties in geographic space. Researchers have long studied this distribution to find patterns and relationships, and, ultimately, shed light on the underlying mechanisms of language evolution. Recently, this endeavor has gained considerable momentum thanks to the advance of quantitative methods from evolutionary biology.

We can loosely distinguish between two types of studies concerned with language evolution in space:

Phylogeographic analysis aims to infer the expansion of language families in space and time. Researchers have, for example, reconstructed the most likely diffusion paths of Pama-Nyungan in Australia (Bouckaert, et al., 2018). Recently, quantitative studies have also focused on exploring the spread of linguistic patterns across phylogenies. A current study tracks the emergence of the British Isles as a linguistic area in North-Western Europe (Dedio, et al., forthcoming), i.e. a geographic region where languages share common properties that cannot be explained by common heritage or parallel development.

Studies of this type aim to show how spatial phenomena may shape and direct language evolution. The speed of the Bantu expansion in Sub-Saharan Africa, for example, has been shown to vary with land cover (Grollemund, et al., 2015). Moreover, environmental factors drive the distribution and diversification of languages in space and do so to a much stronger extent in food producing than in hunter-gatherer societies (Derungs, et al., 2018).

In spite of considerable progress, it remains unclear to what extent we can make generalizations with respect to the relationship between space and language evolution (Greenhill, 2015). In order to push the debate forward, we organize a workshop that brings together researchers from linguistics, geography, evolutionary biology and related disciplines interested in exploring language evolution in space.

Marco Túlio Pacheco Coelho is a researcher at the Biocultural Diversity & Conservation lab at Colorado State University (USA) and at the Theoretical Ecology and Synthesis lab at Universidade Federal de Goiás (Brazil) where he uses methods of Biogeography, such as mechanistic simulation models, to investigate two fundamental facts about human diversity: why do humans speak so many languages and why are these languages so unevenly distributed across the globe.

For further information please contact Peter Ranacher, Head of the GISGroup of the Language and Space Lab: peter.ranacher@geo.uzh.ch