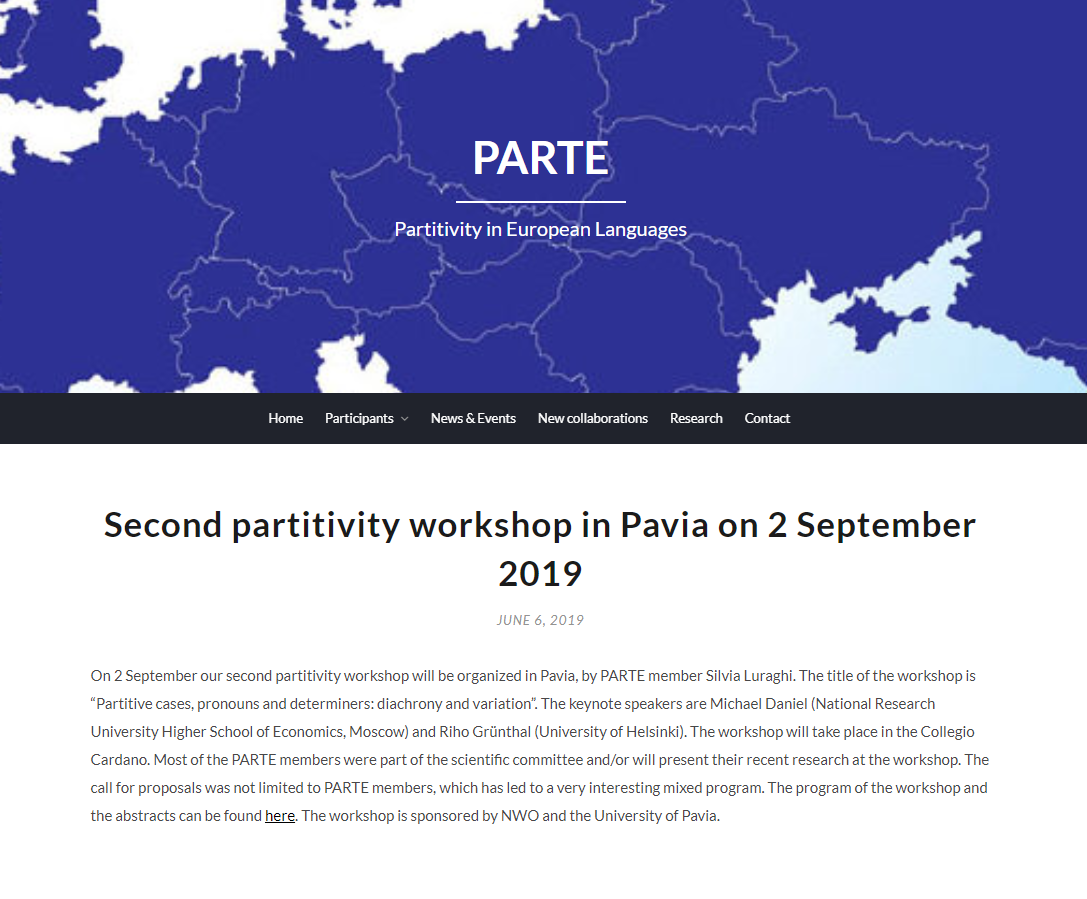 The Systems of Nominal Determination in Contact (SyNoDe) Research Group focuses on the syntax and semantics of different types of nominal determiners, pronouns or noun phrases (with a focus on indefinites, partitives and weak definites, cf. e.g. Le Bruyn & Zwarts 2014) with regard to their syntactic distribution, referential properties (mass/count distinction, kind denotation, island sensitivity) and coming into being as the potential result of language contact.

Particular interest lies in the investigation of the respective elements not (only) in standard languages, but also in dialectal varieties of different Indo-European languages, particularly those in close horizontal contact with each other and in vertical contact with the respective standard varieties. In this context, there is a special emphasis on the gathering of new data (DOM: new database for Latin American Spanish; partitive determiners: new database for Francoprovençal, Northern Italian and French) and the exploitation of existing databases (such as ALAVAL for Francoprovençal, complemented by fieldwork, especially in the case of endangered languages and varieties; e.g. Occitan, Gascon, Francoprovençal, Romansh as well as Slavic varieties such as Torlak in the TraCeBa and the Ill-bred sons project). SyNoDe is part of several research networks (PARTE, DiFuPaRo) and has organized a series of international workshops and conferences.

In order to assure the accurate recognition of factual parallels (see Poplack & Levey 2010) between two seemingly identical phenomena in two different, but geographically adjacent languages/varieties, the focus of our research is on fine-grained and very detailed syntactic and semantic analyses of the gathered material as well as on addressing this data from a diachronic perspective.