We are happy to announce the 1st Interdisciplinary Conference on Voice Identity: Perception, Production and Computational Approaches taking place from the 4th-6th of July 2022 in Zurich. The conference aims to bring together researchers interested in vocal identity and recognition from different disciplines such as Psychology, Biology, Linguistics, Physics, and Engineering. 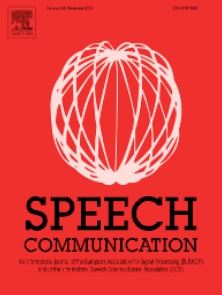 Special Issue on Forms, Factors and Functions of Phonetic Convergence 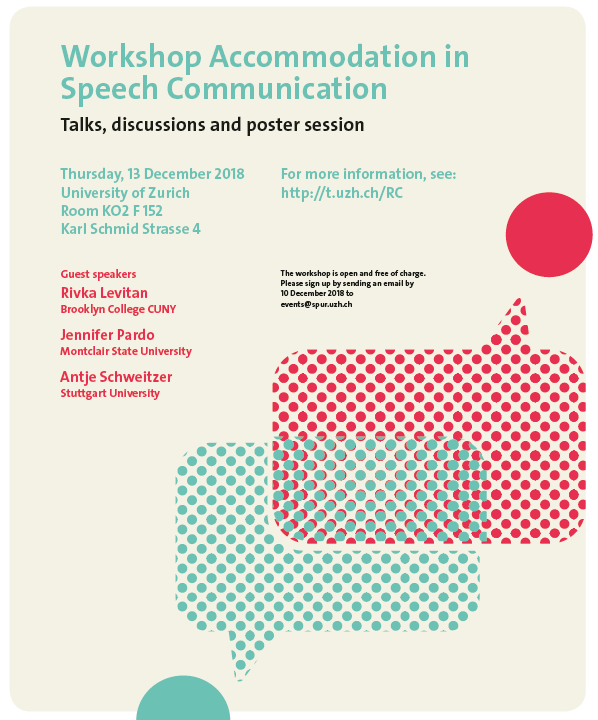 The phenomenon of accommodation, also known as convergence, entrainment, alignment, synchronisation, mimicry (depending upon the disciplines), is referred to the tendency of speakers to adapt their verbal and non-verbal behaviour to that of another speaker during an interaction or after increased exposure to a talking partner. Speakers can accommodate to their interlocutors, either by becoming more similar (convergence) or by accentuating individual differences (divergence).
Evidence of accommodation in speech tasks with varying degree of spontaneity (e.g. shadowing / map / diapix tasks, spontaneous interactions between two interlocutors, multi-party conversations), has been observed at the level of the lexicon, grammar, pronunciation, facial expressions and body movements. Accommodation happens not only in spoken but also in written interactions, and evidence of convergence has been documented between non-human primates as well as in (uni-)bidirectional human-machine interactions.
With respect to vocal accommodation, despite the extensive amount of research, it is still highly controversial whether accommodation can be accounted for by a low-level automated mechanism, based on the link between perception and production, or by other factors, such as mutual liking, phonetic distance between speakers, conversational dynamics, or by a combination thereof. By now, equally arguable is the selection of which segmental and suprasegmental feature researchers should measure to study accommodation, given the extreme variability in convergence between speakers and across measures.
Currently the group investigates the complex phenomenon of linguistic and vocal accommodation with respect to four main domains, transversally related to the research themes Language in Space and Language through Space:
1. accommodation in a dialect contact situation;
2. developmental aspects of accommodation;
3. vocal accommodation in humans and computer;
4. agreement and code-mixing in bi- and multilingual environment.
Taken together, these research aim to advance the understanding of the hard-to-catch phenomenon of accommodation. By comparing instances of accommodation in human-human and human-computer accommodation, and combining linguistics, acoustic, articulatory and perception data, the group aims to shed light on:
a) mechanisms and functions leading to linguistic and phonetic convergence;
b) contribution of accommodation to language variation and change;
c) implications of vocal accommodation in human and machine speaker identification.
In addition to the UZH participating researchers, the group conducts the research on vocal and linguistic accommodation in collaboration with a multidisciplinary research network comprising, among others, Bern Möbius (Saarland University, DE) and Gabriel Skantze (KTH Royal Institute of Technology, SE) for the area of human-machine interactions, Jennifer Pardo (Montclair State University, USA) for human speech communication; Thayabaran Kathiresan (Centre for Forensic Phonetics and Acoustics - University of Zurich, CH), Andrea Fröhlich (Forensisches Institut Zürich, CH) and Anil Alexander (Oxford Wave Research, UK) for the implications of accommodation for speaker recognition and forensic speaker comparisons.